Transforming a Mexican soul food classic like posole into a satisfying vegan version may seem impossible, but we’ve managed to find the seasons most flavorful red chilies and garlic to set the stage for our Posole Rojo!

As it simmered and the scents filled the kitchen, my excitement grew. The flavor is rich and the heat consistent and almost always made in large batches during special occasions. The brutal and morbid history behind this hearty soup reflects on an Aztec ceremonial tradition, using the diced up flesh of sacrificed prisoners after their hearts were ripped out and offered to the gods along with generous amounts of hominy. Thankfully, we’ve evolved and have created ways to eat delicious meals without the use of any flesh, whatsoever.

A traditional comfort soup, the title actually means hominy, the staple ingredient. Hominy has been used by Native American tribes for centuries and is widely available throughout the southwest, mostly seen made from dried white or yellow corn kernels. Since corn is now commonly genetically modified, it was important to seek out a farm that grows heirloom corn or better yet, blue corn.

Local seed bank, Native Seeds/SEARCH, offers a retail shop full of ancient seeds, plants and foods and was kind enough to provide us with their lime soaked blue corn hominy. Dried hominy soaked in lime removes the hull and germ of the corn and causes the grain to double in size. Hominy also has minimal calories, fat, sugar and sodium, while being high in fiber.

Posole is a meal in itself but can also be served as an appetizer. Although it will take a few hours to prepare, it is worth the time and is not hard to make. Using canned hominy is also an option and will cut cooking time down to less than an hour. Be sure to garnish with plenty of fresh vegetables.

For those anxious to try a bowl without having to put on an apron and chefs hat, enjoy an evening of being served blue corn posole at Flying V Bar and Grill. Simply request the vegan version. 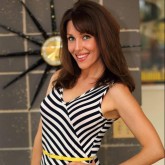 Jaime Hall is a Tucson based vegan, GMO-Free speaker, and healthy lifestyle advocate. Keep up with her at gmo-freetucson.org. This time of year, Southern Arizona can be a little flaky. The weather simply can’t…