Tucked away in a small strip mall next to a post office, just near the corner of Prince and Fairview is The Sausage Shop Meat Market & Deli. For over three decades, this small hybrid of a business has provided house cured meats, homemade sausage, and a wide variety of sandwiches to Tucson carnivores. Rosko Sandwich at The Sausage Shop in Tucson

The Sausage Shop’s father and daughter team of Kent and Barbie Koecheler pride themselves on the variety of options they provide that keep their customers coming back.

“Once you discover us, that’s it,” says Barbie.

With over 50 sandwiches featured on the wall behind the deli counter that doubles as a menu, many of the items are creatively named after family members and friends, such as the Rosko and The Coach. Sides of macaroni salad and “Grandma’s Table Pickles”, made in-house, are also available.

Highlighted sandwiches from The Sausage Shop:

But, the shop’s deli is only half of the operation.

With cured meats and fresh sausages made on site that range in flavor, spice level, and country of origin, pig reigns supreme at the Sausage Shop. One of the biggest sellers is the house-cured bacon. Varieties include jalepeño, hickory, garlic, chipotle, and black pepper. The team also focuses energy on producing rarer products such as tasso ham, which is a spicy, smoked cut of pork with Creole origins. Cuts of chicken and beef are also regularly available.

If all that doesn’t sound like enough to keep a little family run meat market and deli busy, the Sausage Shop also features items that are fully their own original creations such as the Bacon Explosion (meatloaf, Italian style meatloaf with cheese, bell peppers, and sauce, all wrapped in bacon), Chipotle Burgers, Whiskey del Bac Fennel Sausage, Italian Stuffed Steaks, and much more.

If you’re a meat eater, this is your spot.

US Fries Opens Saturday With Free Food. Will They Thrive? Next post 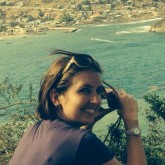 Megan Black is a Tucson native who is always looking for the next great meal at home and around the globe.