“When my great grandfather first started the restaurant, it had a very simple menu,” said Zulema Salinas, Shaar’s great-granddaughter and the restaurant’s current owner. “It was basically just menudo and tacos. My grandmother and the ladies in the back are responsible for most of the food and recipes and everything you see on the menu today.”

In the 1950s, Salinas’ grandmother took charge of the restaurant’s kitchen. Armed with treasured family recipes and a passion for her native cuisine, the matriarch of El Minuto set about shaping the restaurant’s legacy for years to come. Salinas takes pride in the fact that the original recipes have remained faithful to that heritage over the years.

“One thing I would never touch, for example, is the carne seca. People love the carne seca. We don’t add a lot to it. We dry it inside, we don’t dry it on the roof. And it’s simply seasoned. All that we add to it is a little bit of salt and a little bit of garlic salt.” she said. The process takes place over two days, resulting in carne seca that is full-flavored, yet impossibly light and airy. Most of the restaurant’s other signature dishes follow the same ‘less is more’ philosophy.

The refried beans, made with canola oil rather than lard, are smooth, creamy and flavorful and the house chips and salsa are freshly made. The restaurant uses corn tortillas from a factory also owned by the family, using freshly ground corn rather than prepared masa harina. The ladies in the back

Common ingredients in all of the dishes are time, patience, and expertise, courtesy of El Minuto’s kitchen staff, affectionately known at the restaurant as “the ladies in the back.” Perhaps surprisingly for a local food landmark so steeped in history and tradition, El Minuto has long been ahead of its time when it comes to the makeup of its kitchen staff.

“For years it was just my Nana and the ladies in the back who kept things going, and then my mother and me,” Salinas said. “A few times someone has really enjoyed their meal and said, ‘give our compliments to the chef, his food was great,’ assuming that it was cooked by a man. I don’t think a lot of people realize that for the last three generations our kitchen has been run by women.”

Now in its fourth generation of local ownership, El Minuto is a favorite haunt of downtown office workers, longtime Tucson residents, and regular visitors to town, such as attendees of the annual Tucson Gem and Mineral Show at nearby Tucson Convention Center.

Plans for a new, convention-oriented hotel will likely mean more business for the restaurant and the continued development of downtown offers new opportunities and challenges for Salinas and her family. But like her grandmother before her, Salinas is determined to keep El Minuto’s traditions alive, while adding her chapter to the family’s culinary legacy. Minor changes… for the better

One area where Salinas has already made changes for the better is the cocktail menu. Like most restaurants in Tucson, El Minuto has always offered a house margarita. However, Salinas recently began to offer a top-shelf version, freshly mixed in house.

“There are definitely some other things I would change, such as adding more specials to the menu,” she said. “But I definitely don’t want to change too much or scare people away.”

With that said, Salinas is firmly committed to maintaining her family’s culinary heritage, with hopes of someday passing ownership of the gracefully aging pink adobe building to yet another generation. 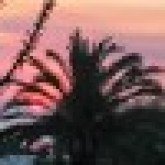