Tons of fun to be had and to taste during the week.

Forget 99 bottles of beer on the wall because there are hundreds of craft beer events happening all over The Grand Canyon State.

Arizona Beer Week is brewing strong in its tenth season and there are plenty of celebrations in Tucson—hosted by local breweries, craft beer bars, and restaurants—to enjoy.

Some of the Tucson events are listed below. For more information regarding event details, times, and ticket purchases, click the links.

Here’s one way to kick off “Beer Week.”

From 5 – 8 p.m., Tap & Bottle Downtown will be celebrating the Arizona Women’s 2020 Collaboration, Limitless IPA, which is a joint effort by the women brewers of Crooked Tooth Brewing Company and Dragoon Brewing Company.

Aside from the tasty the new brew, Fat Noodle will be parked out front. …read more.

From 7 – 9 p.m., Crooked Tooth Brewing will be hosting a FRIENDS Trivia night.

It’s going to be free to play and you’re encouraged to arrive early to grab a beer and secure a spot. Plus, Anello Pizzeria will be on site to cure your hunger.

The winning teams receive a gift card to Crooked Tooth Brewery, so bring your thirst and your thinking caps. …read more.

The Best of “Baja” Beers at Tap & Bottle North

If you’re on the north side of town, head over to Tap & Bottle because they’re showcasing three breweries, which will then be voted on by the Tucson Homebrew Club. The band Brokedown Palace will be jamming out and offering the tunes while Pop’s Hot Chicken slings the yummy goods.

On top of the that, Crooked Tooth Brewing is taking $1 off your choice of beer with the purchase of food from 5 – 9 p.m. …read more.

The Highly Compatible Double IPA is a collaboration with Wren House Brewing Company, which contribute some of their Sinagua Malt. In turn, the brew is going to be funky with a dry-hop taste.

It’s going to be available on draft as well as in four-packs starting at 1 p.m. …read more.

This is a great opportunity to try a beer from a brewery that isn’t located in Tucson.

They’ll for sure have the Tower Station on tap, possibly some others, and definitely some Mother Road Brewing Company swag to take home. …read more.

Have you ever heard of a better combination?

From 4 – 8 p.m., 1912 Brewing will be pairing three different styles of beer with beloved strips of bacon.

The types of beer involved in the pairings have yet to be announced, but you can keep up with 1912 Brewing on their Facebook page. …read more.

Awards will be handed out for the best “Dazed and Confused-inspired” costumes. …read more.

Tuck that napkin into the collar of your shirt.

Sentinel Peak Brewing Company is turning up the heat with its annual Crawfish Boil from 11 a.m. – 10:30 p.m.

In addition to the steaming cuisine, Sentinel Peak’s craft beer will be available as well as cocktails at their full bar. …read more.

This is a great opportunity to paint with a large group that’s either learning or just practicing their skills. Tickets are $35 per person. …read more.

Grab a beer and a paintbrush.

Paint alongside Colorado artist, Elise Holmes, as she shares her techniques. In the end, you’ll have a pretty sweet hat to wear throughout the rest of Arizona Beer Week.

Tickets are $35 per person and very limited. …read more.

Are you an amateur brewer here in Tucson?

Crooked Tooth Brewing wants to honor you with a night of beer specials, beer flights, and an in-depth tour of the brewhouse. The menu has yet to be released, but tickets are $60 per person. …read more.

Tap & Bottle is bringing Sonora, Mexico to their “North” location with beers by Buqui Bichi Brewing and cuisine by BOCA Tacos y Tequila.

The food and beer menu has yet to be released, but you can grab your tickets now.

Seats are $40 per person and includes four beers and four courses. …read more.

The brewery is teaming up with Don Guerra of Barrio Bread for a day of pairings.

Also, Don has exclusive access to a Heritage Gazelle Rye, and let Ten55 Brewing Company use it for a special Rye Pale Ale. The pairing menu has yet to be released. …read more.

The downtown brewery will be tapping two limited infusions.

The infusions will be limited, too. …read more.

Come taste the creation the two breweries put together.

It’s going to be called I’ve Got Two Pickles and it’s a golden, kettle-soured Gose made with more than a pound of cucumbers and tajin.

Also, you can pair the new brew with Daniela’s Cooking and their $2 tacos. …read more.

From 3 – 10 p.m., the brewery will be infusing the Tamarindo Sour Brown with four different ingredients.

You’ll be able to get a flight of five ounce pours infused with watermelon, strawberry, spicy mango, and pineapple. Plus, your flight will be paired with Mexican candy.

Beer Pairing Dinner with The Parish at 1912 Brewing Company 1912 Brewing Company has teamed up with The Parish for a four-course beer pairing dinner from 6 – 8 p.m.

1912 Brewing’s co-owner and head brewer is celebrating his 43rd birthday with an awesome meal from The Parish’s chef Travis Peters.

Tickets are limited and are $40 per person. …read more.

Stop by 1912 Brewing Company to taste this year’s collaboration brew from 6 – 9 p.m.

Wander down to the taproom on Valentine’s Day for a very special Beer and Bonbon Pairing.

They’ll be serving four Bonbons from Monsoon Chocolate to go alongside four recommended beer pairings. You can also grab a box of Bonbons to take home with a mixed four-pack of the recommended beers for a discounted price.

In total, there will only have 20 bonbon boxes available. …read more.

Here’s a neat way to spend the holiday.

The brewery will be pouring their XOXO Coffee Roast, which is made with beans from Exo Roast Co.

Pints of the romantic collaboration brew will be $3 all day. …read more. It’s time to grab your pretzel necklace and let the good times crawl.

Get your walkin’ shoes ready because the 2020 Tucson Craft Beer Crawl is taking over downtown with local brews and more from 1 – 5 p.m.

From 5 – 8 p.m., Huss Brewing Company will be taking over a few taps at the downtown taproom.

If you’ve earned yourself quite the appetite, Black Market BBQ will be parked out front. …read more. 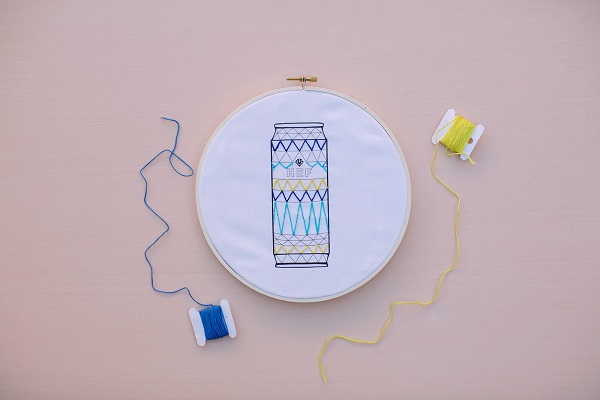 Here’s your chance to get crafty on the final day of Arizona Beer Week.

The downtown brewery is teaming up with Creative Kind for an afternoon of embroidering from 2 – 5 p.m. You’ll learn the basic stitches and finishing techniques to create your favorite can of Pueblo Vida beer.

Do you have what it takes to join the Beer Mile?

The Beer Mile consists of four beers and four laps. Once you’ve finished the trek, there’s an after-party with a DJ, food trucks, bloody mary bar, and more.

If you’ve made it this far then you deserve a Michelada.

1912 Brewing Company is hosting bottomless Micheladas from 1 – 5 p.m. To participate, it’s $25 per person and they’ll also have Daniela’s Cooking parked outside to fix that appetite of yours. …read more.

For a full list of all of the Arizona Beer Week events, visit arizonabeerweek.com.