The Good Oak Bar has the feel of an updated yet vintage Tucson.

“What we like and want to hold on to is the neighborhood bar, amid all the downtown development,” says Good Oak bartender Luke Anable, who crafted and curated the new beverage menu. “We want anyone to be comfortable coming here.”

Items such as boozy agave and whiskey cocktails, local grass-fed beef, and spicy fried pickles distinguish the offerings from other new eateries on Congress Street. That combination of tastes worked just fine during a recent visit for Saturday happy hour. And where else can you find such a classic addition to the décor as a Red Room-esque, old-fashioned, non-digital photo booth?

With a soundtrack just loud enough, and one television showing football, we gravitated to the nearly full bar seating. Heavy wooden booths lined the narrow space, but the bar was the place to watch Tucson bartender Luke Anable, 31, concoct our drinks, a Paloma and a Whiskey Sour.

“We make well-known drinks that people are familiar with, but we elevate them to make them our own,” Anable tells us. “I make unusual drinks at other places,” such as Wilco, where he also tends bar, creating cool cocktails to accompany special dinners, often catering to University of Arizona students and their visiting parents.

Last month, the Good Oak started adding spirits to its offerings. “Everything on our shelf is of the highest quality. It’s made well. You need to own the distillery for your whiskey to be served here,” says Anable. “We need to know the language of production, what the spirits are made of and how they’re made.” Most of the bar’s whiskey is made outside of Tucson but “we’re trying to support Del Bac,” a small craft whiskey distillery in Tucson.

Next door to the Good Oak is Diablo Burger, which serves all organic, local beef. Derrick Widmark owns both, and currently divides his time between Flagstaff and Tucson. He started the local foods-based burger joint in Flagstaff in 2009. The Good Oak had previously only focused on Arizona beers and wines. But nowadays, with the introduction of spirits, the wine selection is about half from Arizona and half from California and Oregon, where wine production has been going on much longer than here.

“The language of wine has developed way beyond beer, even more so than food,” affirms Anable. “You can talk so much about the process of winemaking, and it’s factual. It’s not just about celebrities drinking spirits, saying which they like better. The language of wine is appealing. Its connection to place is very important.” Anable has been very comfortable in Tucson, landing here seven years ago, following college in Chicago. “I thought I would be here for a few years,” he recalls. His first Tucson bar job was for three years at the The Grill’s Red Room, which closed in 2011, causing some local unhappiness ?especially for young artists, musicians, and grad students who enjoyed staying up till 2 a.m.

“Good Oak’s not a dive bar but there are some elements of dive bars that we like and have here that are part of Tucson’s culture,” says Anable. “I turned down a job at a popular New York City bar to stay in Tucson.

Remembering with fondness his “younger days,” when he too stayed up till early morning. “The Grill felt community driven to me,” says Anable, noting that the downtown scene changed dramatically when the Grill closed. “Let’s calm it down a bit,” and let the transition happen more organically.

Widmark says the Good Oak will be introducing some tasty new food items. “Everything we have done, and will do at Good Oak is about fulfilling the potential that space has, because of its history, because of our neighbors, the Rialto Theatre and Hotel Congress, whom we want to honor,” he says, “and to offer up to Tucson a downtown neighborhood hangout bar that brings comfort, happiness, a little tenderness and a lot of rock ‘n’ roll.” 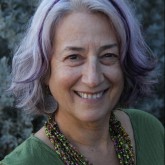 Sheila Wilensky is a freelance writer, editor and educator in Tucson. Her previous careers include bookstore owner and social science teacher to high school and college students on Mt. Desert Island, Maine.