From food truck to brick and mortar location, D’s doing it

D’s owner Duwayne, aka “D,” grew up in Jamaica and learned to cook through helping his mother as a child. Duwayne’s first foray in Tucson was a food truck in 2010. He upgraded to his current brick and mortar in 2013 and has been prospering there ever since. Experience the colors of Jamaica

While the outside of the space at 3156 E. Fort Lowell Rd. might seem drab, the restaurant inside is bursting with the vibrant themes and colors of Jamaica. Palm trees line the bright green and yellow walls and birds of paradise tower over the dining tables. Relics and photographs from D’s past in Jamaica are scattered throughout the restaurant.

Duwayne is passionate about his food and gracious to his customers, preparing every single dish from scratch and habitually coming out to the dining area to check on guests. He has a big smile and an excellent singing voice, which can be heard from time to time accompanying the traditional music playing quietly from the kitchen.

Varied menu options to tempt you

The menu features a hodgepodge of chicken, shrimp, pork, and fish prepared as curries, sandwiches, and more. Duwayne’s entrées are all gluten-free and include rice and peas and a choice of crunchy vinegar-based coleslaw or steamed vegetables.

Duwayne also offers a handful of Southwest-infused island dishes such as Jerk Chicken Tacos and a Cheese Quesadilla with peppers and jerk sauce.

Sip on the signature drinks

Several signature drinks listed on the menu make for excellent pairings to the flavorful fare. The Watermelon Splash balances light, sweet watermelon with a little kick of ginger to keep your taste buds on their toes. It is delightfully refreshing and understated, perfect to cool you down when enjoying some of the spicier dishes.

For something a little different, opt for the Sorrel. Also known as “Christmas Drink”, this refreshment is made from boiled and soaked hibiscus flowers. The cranberry-like tartness and clove notes create a similar sensation to medium-bodied wine, sans alcohol.

Entrees will satisfy even a Jamaican food novice

The Oxtail Stew and entrees are approachable choices for the Jamaican food novice. The oxtail renders like a fuzzy-blanket-on-the-couch pot roast, served with stewed vegetables and a hefty helping of classic Jamaican gravy. The exceedingly tender meat packs a slight piquancy from the Scotch bonnet peppers in the gravy to cut through the heaviness of the meat. The pepper heat of both entrees provide a pleasant burn and is quickly tempered by the cooling, acidic coleslaw or one of the classic Jamaican beverages. A side of rice rounds out both dishes, serving as a simple foundation for the boisterous island flavors.

Another side dish included with entrees is festival bread. Like a chewier fried doughnut, it features a touch of cinnamon and clove. It can be dipped into the meat sauces for a savory experience or eaten plain as a sweet ending to the meal. 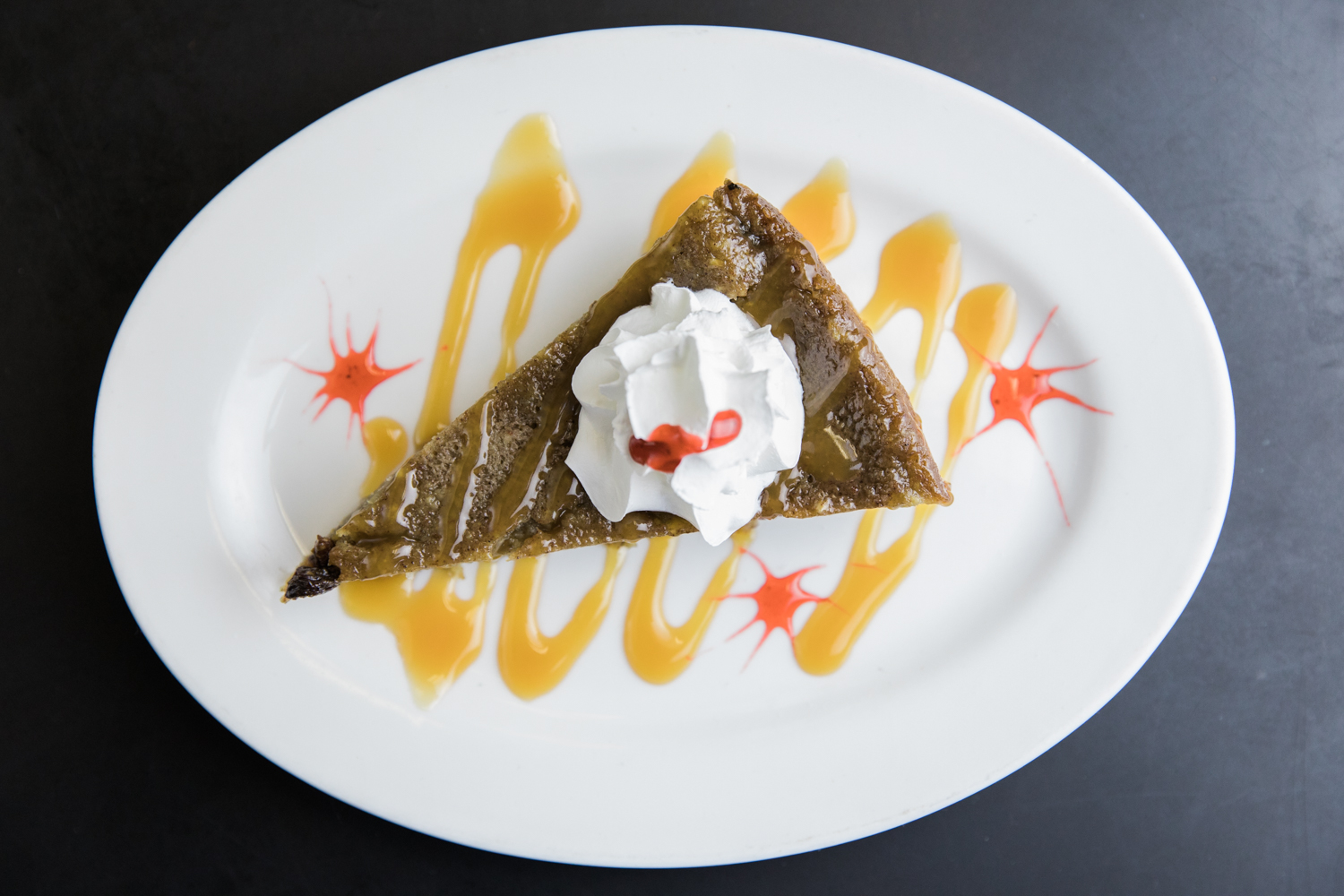 For an even sweeter way to finish everything off, try the Sweet Potato Pudding ($6). This slice of perfection tastes of autumn, abundant in spices such as nutmeg, cloves, and cinnamon. If an oatmeal cookie, pumpkin pie, and Girl Scout Samoa cookie were swirled together, this would be the result. Impossibly moist and ridiculously delicious, you won’t be leaving the table with anything but a happy stomach and an empty plate. 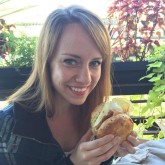