The mobile restaurant is a project of The Amity Foundation, a substance abuse treatment agency founded in Tucson in 1969, and employs students enrolled in Amity’s rehabilitation program. At various locations throughout the city, including The Loft Cinema and Crooked Tooth Brewing, student cooks prepare and serve indigenous-influenced vegetarian fry bread with healthful fillings like mojo chicken, black beans, and fresh vegetable slaw.

James focuses on the organizational side of things, like making sure the truck is fueled and the bills get paid.

“Frybread was a testament of sorts to the perseverance of spirit and cultural identity: a symbol of survival against uncalculatable odds.”

Inspired by the menu at Circle Tree Ranch, where Amity’s residential treatment programs are located, the food is healthy and vegetarian friendly. While Nations Creations serves some meat, four of the six items on their pared-down menu are vegetarian. These include the grilled red chile mushroom ($7), fresh southwest slaw ($7) and vegan tofu taco ($8) fry breads, as well as traditional fry bread ($4), which is topped with cinnamon, powdered sugar, and honey.

The vegan tofu taco consists of tofu soaked in a lime-cilantro marinade, seared, marked on the grill and re-marinated before being loaded onto fry bread and topped with a three-bean mix, roasted corn, guacamole, and a chipotle vinaigrette dressing. The tofu’s tangy flavor and crisp texture provide a nice contrast to the soft, rich fry bread, and the guacamole and vegetables are exceptionally fresh.

The doughy base that each dish comes on is rooted in the fry bread prepared and eaten in many Southwestern indigenous communities. The iconic bread was born out of a history of oppression and colonization: in 1863, Apache and Navajo peoples who survived forcible removal from their lands and the Long Walk were relocated to Bosque Redondo, in New Mexico, where they turned the meager government subsidies they were given into delicious fried dough.

“From this lean and limited larder of cold and rather bleak victuals something warm and bright was born,” RoseMary Diaz wrote in an article for Indian Country Today. “Frybread was a testament of sorts to the perseverance of spirit and cultural identity: a symbol of survival against uncalculatable odds.”

Circle Tree Ranch’s culinary department chose fry bread as the concept because many of their students come from indigenous backgrounds.

In addition to food, Nations Creations offers a menu of healthy, non-alcoholic beverages. “On the ranch, every lunch we have a fresh juice,” James says, “So we wanted to serve juices. We started with what we call a detox blend, which is a beet base, orange, lemon, and ginger.” Earthy and sweet, but with a citrus bite, the detox blend ($3) is their most popular drink. Nations Creations also serves watermelon juice with lime and a tajin-coated rim ($3), a spicy lemonade ($3), and a honeydew blast ($3), which includes cucumber and green apple.

Then there’s the creamy avocado smoothie, which James refers to as a “really kooky drink.”

“I’m not the biggest lover of avocados,” he adds, “But it tastes really, really good.” The sweet smoothie, which is creamy but not too thick, combines avocado with soy milk, agave, coconut oil, vanilla, and cinnamon. It’s healthy dessert — or breakfast — in a cup.

Because Nations Creations parks at various locations throughout Tucson, it’s best to check their Facebook page to find out where they’ll be on any given night. They’re at The Loft Cinema every Thursday evening — it’s one of James’ favorite spots, so stop by if you’re craving fry bread tacos, fresh juice and a movie.

“The things we teach at the Amity Foundation are learning by doing and pulling people along. Once you’ve learned something you should learn it to the extent that you can teach it. That’s been going really well,” James says, reflecting on Nations Creations success so far.

Because the truck is staffed by students in Amity’s residential treatment program, turnover is high — generally speaking, cooks work for the truck for anywhere from ninety day to six months. The cooks also have a wide range of experience, from people who have never stepped foot in a commercial kitchen to a recent chef with an impressive resume who embellished on Nations Creations recipes, making them even better.

“As a teaching tool, it’s exceeding its expectations at this point,” James says, emphasizing that the food truck isn’t about making money, but about empowering individuals who have struggled with addiction and substance abuse to find their own way, one delicious juice and beautifully crafted fry bread taco at a time. 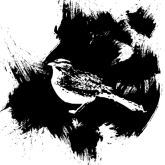