Eat Your Way to Spirituality at Govinda’s Natural Foods Buffet

Situated on a well-manicured acre-and-a-half in midtown Tucson, Govinda’s Natural Foods Buffet is one local gem that has hidden in plain sight for more than a quarter century.

The restaurant, founded in 1992 by Sandamini Devi (legal name Sharon Cooksey) and her ex-husband Dasarath Das (legal name Charles Cooksey), who moved to the Sonoran Desert region from San Diego in 1987 to establish a Hare Krishna Temple, prepares an assortment of gourmet eats Tuesday through Sunday and serves them up in an “all-you-care-to-eat” buffet-style setting.

Since the property functions first and foremost as a temple for local Hare Krishnas, the grounds — complete with an aviary, walking paths, garden, gift shop, outdoor temple, and an artificial waterfall that spills into a sizable koi pond — are meant to evoke a meditative feeling for resident monks and visitors of all faiths alike. And it is in that spirit of “Krishna consciousness” that the live-in staff prepares the daily meals to feed the temple’s monks, guests, and visitors.

Each day begins with chanting, prayer, and meditation in one of the on-site temples. Once in the proper headspace the cooks, including Devi, head into the kitchen to begin the day’s preparation.

“If someone’s cooking and they’re angry or they’re upset or anything, that vibration goes into the food,” Devi said. “That’s why we all love mom’s cooking.” Foods are prepared with a focus on quality. Pure, wholesome, and non-violent eating is a tenet of the Krishna faith. Devi says they try to use organic ingredients whenever possible, source many items from their own garden, make their own fresh paneer cheese, only use non-GMO produce, and rely strictly on olive oil for salad dressings and rice bran oil for recipes which must be fried.

Devi says she likes to play to the strengths of those working in her kitchen, and since many of the cooks who work at Govinda’s are originally from India, the resulting offerings are a sort of Indian-American hybrid that also touch on a number of other regional genres, if only tangentially. The Sunday Brunch menu during our visit, for instance, included the ever-present salad bar with fresh greens and vegetables, house-grown sprouts, and a pair of vegan dressings — both creamy and made from either cashews or almonds. There were pancakes with thin, syrupy strawberry jam, pure maple syrup, and fresh fruit offered on the side.

On the side of savory breakfast was a tender tofu sautéed with red peppers which went well with the lightly-seasoned organic home fries. The baked seitan stood out for flavor. Served in a savory tomato gravy, the protein had all of the taste and texture of a tenderized New York strip.

Most of the savory dishes ring with exotic spices — curries, cardamom, cinnamon — though a palate more accustomed to American flavors would fare well with the savory soup and salad, or by sticking to the sweeter side.

Oh, and did we mention the non-dairy orange cinnamon rolls? Sure to pass the taste test of any nostalgic baked goods aficianado.

Govinda’s offers two different themes at the restaurant. Tuesdays, when authentic Indian fare is offered; and Wednesdays and Thursdays, which are completely vegan. A normal lunch or dinner might otherwise include homemade pizza right alongside Mexican and Indian-inspired dishes, as well as the offer of a samosa for an extra two dollars on top of the usual $8.95 for lunch or $10.95 charge for brunch or dinner. Though the Krishna cooking philosophy eschews the use of onions and garlic, the items served at Govinda’s buffet are packed with flavor. Spices are used generously, and are selected as much for their perceived medicinal properties as they are for taste. And though cooks don’t taste any of the dishes before they are offered on the altar before each meal service (when the food is “spiritualized,” according to Devi), Devi takes care to ensure that diners with dietary restrictions and preferences can find something prepared to their personal tastes on the ever-changing menu with each visit.

For those hesitant to venture into a meatless restaurant on principle or out of habit, Devi says that “you won’t miss the meat” if you make the trip over for a meal. The buffet usually features some form of meat substitute, such as homemade seitan or fried bean dishes that mimic shrimp or other seafoods. Additionally, Devi said surveys have indicated that the majority of Govinda’s clientele do not adhere to vegetarian eating habits in their daily lives. Thus, the restaurant serves like something of an introductory vegetarian experience, in which people can sample a wide variety of dishes in a single sitting for the cost of a solitary entrée at any affordable full-service establishment. And for those to whom the cost of eating out is prohibitive in general, Govinda’s holds a donation-based dinner service every Sunday night, the proceeds from which go to feed the local homeless population at twice-monthly events held at Southside Presbyterian Church.

Though it operates as a non-profit arm of a local religious temple, visiting the vegetarian buffet at Govinda’s is nothing like sitting through Sunday mass. Still, fans of the restaurant may have a case that eating there is no less a religious experience — especially for those full-time vegetarians who refuse to sacrifice flavor in order to avoid eating meat. 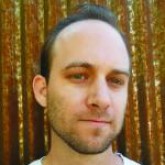