Tucson has slim pickings for dim sum. Gee’s Garden Bistro is the popular option, while folks on the northwest side opt for China Phoenix Restaurant on Ina and Oracle.

For years, those were the only two options. In 2017, Gee’s Garden owner opened Dim Sum House on campus. However, it closed before it ever reached its full potential. Months after it opened, it still featured decor from the previous tenant Pizza Studio, including pizza line signs. But the lines didn’t form long enough for it to remain in business. And now China Phoenix Restaurant only serves dim sum on weekends.

Even though I love dim sum, I was hesitant to give them a try. From an outsider perspective, it sounded like an afterthought cash grab, like how Korean restaurants often offer Japanese dishes and chicken fried rice for people who are intimidated by the Korean items. I heard about the Sushi Lounge’s dim sum from people who aren’t intimately familiar with dim sum, so it didn’t pique my curiosity.

But dim sum isn’t the type of cuisine that non-adventurous eaters go for. Could this be a passion project? I began receiving recommendations from knowledgeable foodies, so I eventually caved in.

The first thing I noticed was the lack of the ubiquitous dim sum carts found at the other dim sum joints in town. Dim sum dishes at Sushi Lounge are prepared to order. While the immediate gratification of picking dishes on sight wasn’t available, the menu had photos of every item. Although the next 15 minutes felt like an eternity, the piping hot steam trays of dumplings began piling on the table. Other dishes came next at a reasonable pace.

Dishes from dim sum cart restaurants taste stale in comparison to Sushi Lounge’s freshly-cooked dishes. The shrimp rice roll was supple and delicate, melt-in-your-mouth without being mushy. The sugarcane shrimp had a light crispness to easily soak up soy sauce and chili oil. The soup pork dumplings (xiaolongbao) erupted with broth all over my forearm when I poked it with my chopstick (my fault). The chicken feet had more fermented savoriness and less sweetness than at other joints in town.

I haven’t enjoyed dim sum this much since I visited Chinatown in Boston — not the best Chinatown in the country by any means, but it far surpassed the quality of anything I previously had in Tucson.

Three trips later, I can confidently say Sushi Lounge has the best dim sum in Tucson. The consistent quality and efficient service have remained unchanged. I had to know the story, so I chatted with Forrest Lui behind the sushi bar.

As it turns out, Sushi Lounge is owned and operated by the Lui family from Hong Kong. Cantonese is the main language there, and dim sum originates from Guangzhou (also known as Canton). Furthermore, Grandpa Lui was a master dim sum chef and his sister (who works at Sushi Lounge) is an experienced Canton baker. Dishes are sold a la carte with varying prices, but expect to spend about $15 to $20 total per person for generous eating with a pot of tea to share with the table. Weekend-only items are available on Saturday and Sunday from 10 a.m. until they are sold out. 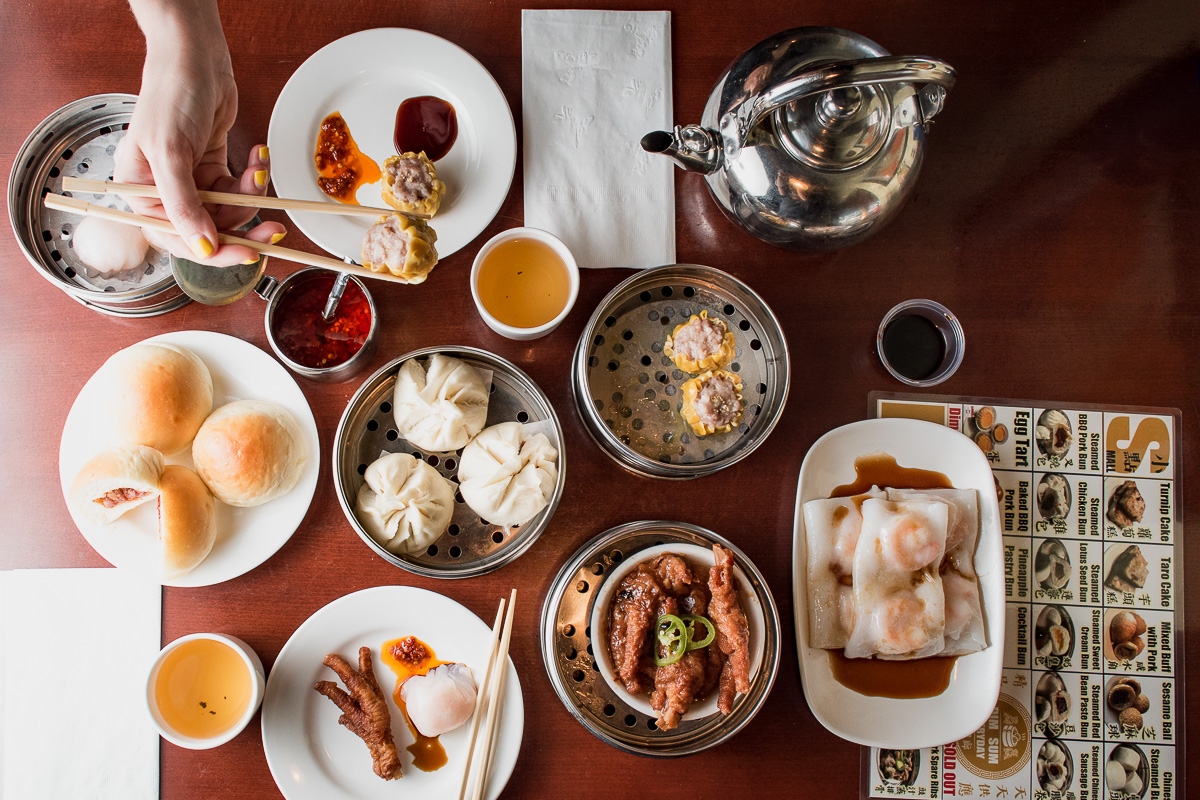