Cacao beans sourced from Chiapas, Mexico are roasted, peeled, and ground to make the flavorful sauce.

Maria Garcia remembers her dad gushing over her mole when she was 12 years old. “My father said, ‘nobody makes the mole like her.’”

They’d eat it in their countryside adobe house in Michoacan, Mexico.

Years later in Tucson, Garcia hired a muralist to paint that same childhood home on a wall inside her restaurant, La Indita on Fourth Avenue.

Garcia’s mole is a deep maroon-colored sauce — a blend of vegetables, nuts, and fruit.

As a child, Garcia would harvest cacao beans from her family’s trees to make her mole. She’d roast and peel them before grinding them on a metate.

While it’s a family recipe, the restaurant was substituting dark chocolate for cacao beans, until recently. Cacao beans all the way from Chiapas

Garcia’s granddaughter traveled to Chiapas, Mexico and brought back cacao beans. She also brought along the ritual of roasting, peeling and grinding them, as Garcia had done growing up in Michoacan.

“Peeling the beans is a tedious process, but it’s worth it,” Denise “Ixchel” Shafer said. Shafer is Garcia’s daughter, the manager, and one of the owners of La Indita.

“Cacao is not chocolate, it’s cacao,” she said. “We decided that it was important enough to share this message of cacao.”

What is ‘cacao,’ exactly?

While chocolate (cocoa and cocoa butter) is the most widely known item made from cacao beans, cacao is also a key ingredient in many other food and drink recipes. Harvested from pods that grow on trees, the beans thrive in hot and humid climates, especially near the equator.

The La Indita mole was always incredible, Shafer said, but the cacao has changed it in a good way.

It’s like comparing Ghirardelli chocolate to a Hershey’s chocolate bar, she said. “You’re just like, ‘wow, that was a big difference.’”

For Shafer, the difference extends beyond taste. Her relationship with the mole is deeper.

She feels connected to her ancestors when she eats cacao. “It’s really magical,” she said. “It carries so much.” Cacao was used to treat a variety of ailments in Mesoamerica, long before journals in the U.S. National Library of Medicine published studies crediting cacao with certain health benefits.

And Cacao was revered throughout Mesoamerica — the beans were even used as a form of currency.

One Aztec leader is said to have drunk cup after cup of a cacao drink and the Quiché Maya book of creation suggests that gods used cacao, among a few other ingredients, to make people.

“These are what our ancestors ate,” said Josh Rivera, Garcia’s grandson and assistant manager at La Indita. He toasted several beans in a frying pan on the stove on the back patio of La Indita.

“Just peel it,” he said, moments after taking the frying pan off the stove to let the beans cool.

“It’s going to be very very strong. Almost, like, a little too strong, but then you get used to the flavor,” Rivera said. “It’s an acquired taste, but once it’s mixed with everything it’s really good.”

Garcia described the other ingredients in her mole but said the recipe has its secrets.

Mole calls for smoked ancho chiles, which give the sauce its dark color. She adds almonds, peanuts, sesame seeds, onions, garlic, prunes for sweetness, and corn to thicken the sauce.

“Everything has to be roasted or sautéed to give that smoky feeling,” Shafer said.

La Indita’s Wednesday special is a chicken leg and thigh dressed in mole for $7.95, but mole is available every day served over a chicken breast for $12.95.

When the daily soup is Cocido, a type of beef stew, they’ll add mole to it upon request at no additional cost, Shafer said. Freshly ground cacao at La Indita is here to stay. Shafer said the restaurant plans to import more cacao beans from Mexico to have it on a constant basis.

They’ve even built a bar in their south dining room with plans to serve a variety of cacao drinks within the coming year.

“You can ask for [the cacao drinks] in many ways… like an espresso or a latte,” she said. “You get this jolt of energy when you drink it.”

Look for drinks like Pozol de Cacao, made with corn and cacao, when the bar is complete. 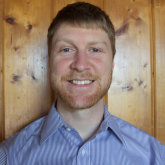 Alex Devoid is a Tucson-based journalist who likes to eat. Bacon is his favorite word, but not necessarily his favorite food. He has words in places like The Arizona Republic, USAToday.com, Arizona Daily Star and In These Times.