You know it's good when there's almost always a line.

When we pulled into the parking lot on a Sunday afternoon, it was almost full, and there was a line to order—both good signs (and don’t worry, the line moves quickly).

By the time we left at 3:30 p.m, it was almost closing time and they were out of food. The menu is simple but packs a punch

Two digital menus are displayed above the counter where you order—Spanish to the right, English to the left.

There are basically three items on the menu: pork, beef, and light and airy housemade corn tortillas hecho a mano (One of the owners used to work at a tortillería in Mexico).

No beans, no rice, no flour tortillas, no guacamole—you might want to leave your vegetarian friends at home for this one. People used to line up at their food truck and now they are lining up here for that Michoacán specialty—carnitas.

“You’ll find this on every street corner in my home state,” says owner Ruben Verduzco in Spanish. “My dad used to make and sell carnitas.” Carnitas La Yoca is owned by Michoacán natives Verduzco and his wife, Rosa Lucatero, who came to Tucson in 2006.

To make their carnitas they fill giant cauldrons with pork, onions, garlic, oregano, and salt and cook it at a high temperature for about an hour. Then it simmers at a lower temperature for more than three hours. By the way, Verduzco, arrives daily at 3:30 am to begin the process.

Carnitas La Yoca also makes birria (a juicy shredded beef), which hails from the state of Jalisco. You can order the dish as individual tacos, by the half or full pound, or the Plato de Birria.

This is Mexican comfort food at its best. Salsa is considered a vegetable, right?

When your number is called you will be given a tray laden with meat and tortillas.

Once in hand, head straight to the salsa and condiment bar, where you can load up on chopped onions, fragrant cilantro, shredded cabbage, fresh lime wedges, a variety of mild to spicy salsas, pickled jalapenos and carrots, and a smoking hot chile oil by request (proceed with caution).

Consume enough of the Salsa Fresca and you might be able to say you’ve had a vegetable.

They don’t serve alcohol, but you can order regular sodas and Mexican refrescos like apple-flavored Sindral Mundet and Grapefruit Fresca. Other items on the menu continue to play on the familiar refrain of pork and beef, such as the Quesadilla Chavindeca, which marries mozzarella cheese and carnitas between two corn tortillas—there may have been a small scuffle at our table over this menu item.

Intrepid diners—like my husband—can go “whole hog” and order the Tacos de Buche (pig stomach), Tacos de Cueritos (pig skin), or Tacos de Cabeza (succulent head meat). They even offer a combo, which is mostly carnitas with some of the more exotic bits thrown in. “You stew the buche until it’s soft, not chewy,” says Verduzco.

You can also order Jugo de Birria, a savory broth with bits of birria bathing in it, or Jugo Bichi, which is the broth only—no meat. In other words, the word “bichi” is an informal term that means “naked” in colloquial Spanish.

Drip a bit of the fiery chile oil into the jugo for a divine combo of flavors that makes the juice sing.

Verduzco says future plans include extending business hours to include dinner, opening an additional day a week, and rolling out a second location in a couple of years. However, they don’t plan on expanding the menu any time soon, which means they can continue to focus on what they do best. The crowd is mostly families, the décor minimal, but the service is fast and friendly, and your wallet won’t take much of a beating at Carnitas La Yoca. Speaking of cash, bring some with you because there is a fee for debit and credit cards.

The kids are already asking me when we can go back.

Your Guide to 9 Tasty Greek Restaurants in Tucson Previous post 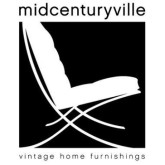