The menu is an exciting mix of the classics and the inventive, equally balancing nostalgia and new twists.

Barista del Barrio is run by Sergio Torres, his sister Ariana, and their mother Flavia Briones. Consequently, everything on the menu has been chosen because it meets the Briones’ high standards.

“[Barista del Barrio] was my mom’s idea,” Sergio said. “She had everything planned, and I helped her out.”

Sergio grew up in the neighborhood and wanted to give back to the community he loved. In order to do so, he opened Barista del Barrio as a coffee cart in January 2017. From there, he served coffee and breakfast items.

“When we started, we didn’t have an espresso machine,” Sergio said. “We just did drip coffee.”

However, word quickly spread and in June 2018, Barista del Barrio expanded into the building and patio that it resides in today. The cart sits outside on display.

Two walk-up windows give customers the opportunity to order signature drinks, like the Barrio Hochesso (horchata with espresso). It’s combined with creamy, cinnamon-heavy horchata, as well as burritos and croissant sandwiches. Everything is made to order and is a Briones’ family recipe.

Other unique and delicious drinks include the cold brew and Mexican Mocha. The cold brew is sweetened with La Lechera — condensed milk that is a staple in Mexican desserts. Their Mexican Mocha is reminiscent of Abuelita Chocolate — a milky cocoa that brings back childhood memories for many Tucsonans. The coffee beans are provided by local company Hermosa Coffee Roasters.

“We have a homestyle feel,” Ariana said. “People say it’s just like their nana made it.” Every ingredient used in the kitchen is chosen with care by Briones.

Overall, one of the most popular items is the Vegan Tamale stuffed with calabasitas. The masa is light and airy, making it a perfect pair to Briones’ craveable spicy salsa, spiked with oregano.

The breakfast burritos come two to an order, full of beans, eggs, and the customer’s choice of meat. Meat options include bacon and the Briones’ homemade chorizo — full of a secret blend of chiles and spices. “We use tortillas that taste the best with the fewest ingredients,” she said. The passion that the family brings to Barista del Barrio is obvious to see. Judging by the customers that wait at 8 a.m. on a Saturday for the shop to open, the enthusiasm is mutual.

In the meantime, Sergio is looking to the future. He hopes to expand and bring more people the joys of his family’s work.

“It’s been a pleasure to serve,” Sergio said. 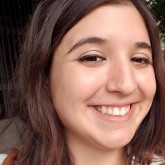