The best part about waking up? Breakfast food at Baja Cafe

At Baja Cafe, breakfast is kind of a big deal.

Is breakfast the most important meal of the day? At Baja Cafe, the topic isn’t up for debate.

Specializing in hearty breakfast, brunch, and lunch dishes big enough to feed a crowd, owner Kim Scanlan and lead chef Gerard Meurer prove that the day’s first meal is not only important but can be a fun and creative one, too. With menu items like the Mac Daddy and the Black Widow, it’s hard not to crack a smile when ordering at one of the restaurant’s three locations.

“[Meurer] and the team at Broadway are really creative,” said Scanlan. “They’re great to bounce ideas off of, and they can just take it and run with it.” A unique breakfast place in the making

Scanlan, originally a social worker, and her fiancé Meurer, opened the original Baja Cafe on Broadway back in March of 2014. They wanted to offer a different take on breakfast food that incorporated their love of southwestern flavors.

“We thought if we did a breakfast place that it would allow us to have more time,” said Scanlan. “Which hasn’t necessarily been the case!”

After finding a broker who believed in their dream and was willing to back them, Scanlan secured the financials needed to open the restaurant.

“It was a real struggle for the first couple of years,” Scanlan shared. “But we had a lot of customers and guests that really believed in us and the quality of our food.” Following the success of their Broadway location, the couple opened two additional locations at Campbell and at Ina. Each spot has its own vibe, and the Ina location was recently purchased by one of the original Baja employees.

“Tyler was our very first employee at the Broadway location, and he’s done everything from washing dishes to managing the cooking and serving,” said Scanlan. “It’s great to have him because the business is personal to us, and it’s cool to have somebody take over that actually cares and gets what we’re trying to do.”

Scanlan and Meurer’s affinity for southwestern flavors and their creative approach to casual dining are the qualities that set Baja Cafe apart. Take, for example, the Liege waffles. Described by Meurer as a cross between “brioche bread and a beignet,” these cake-like waffles are made with imported Belgium pearl sugar that caramelizes and creates the dish’s signature, satisfying crunch. “This is the only place in Tucson, that we’ve seen, where you can get Liege waffles,” said Scanlan. “They are just to die for… that caramelized sugar crunch is amazing!”

Baja’s casual-yet-creative flair hasn’t gone unnoticed. They’ve been featured on Canada Food Network’s You Gotta Eat Here!, and more recently, the restaurant made an appearance on the Travel Channel’s Man vs. Food.

“They really captured the food and atmosphere [on Man vs. Food],” Scanlan shared. “They did a really great job, and it’s nice what they do to support local businesses. It was really fun.”

Speaking of supporting local businesses, Baja Cafe also includes some Tucson favorites on their menu: tortillas from La Mesa Tortilla, prickly pear from Cheri’s Desert Harvest, and at the Campbell location, beer from Dragoon Brewery. The couple also frequents Hatch, New Mexico, where they source their green chilies before roasting them in-house. “We go to Hatch when the chiles are in season,” explained Meurer. “We bring them back and fire roast them right here.”

“We love the flavors of the southwest, of New Mexico, and in this part of Arizona,” added Scanlan.

Breakfast, lunch, and brunch of champions

If you’re ready for a taste of the local flavor, come hungry — generous portions at Baja Cafe are a given. “We really try to make everything we can from scratch,” said Scanlan. “I want customers to feel like they’re getting value for their meal; that the money they spend is well worth it.” Here’s a little taste of what’s on the menu

The Blueberry Danish French Toast features, you guessed it, fluffy brioche cinnamon roll bread drizzled with notes of vanilla and a sprinkling of cinnamon sugar. Danish cheese filling, warm blueberry compote, and a vanilla bean glaze top it all off.

Other menu favorites include the Snickerdoodle Pancake, Eggs and a Pancake Combo, Huevos Rancheros, and the Trainwreck.

Best of all, you can wash it all down with a prickly pear margarita, Bloody Mary, or a Grumpy Coffee featuring Makers Mark, Carolans, and a dollop of whipped cream. “If you can just come in for a nice meal, relax, have fun, and taste something cool and different, it’s a good feeling for us as owners,” Scanlan shared.

To find out which signature dish made our list, read our October 2019 article 30+ mouth-watering brunch plates that’ll kickstart the weekend. 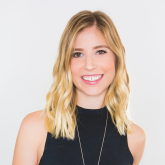