St. Philip’s Plaza is well known for its variety of great dining spots. With a lineup that includes past favorites such as Vivace’s and Acacia and current hotspots, Scordato’s Pizzeria and Union Public House, one can only imagine the high expectations diners had when Vivace’s decided to leave St. Philip’s Plaza for the former Anthony’s in the Foothills location. Reforma Cocina y Cantina steps into those shoes with a beautiful restaurant that offers modern interpretations of central Mexican cuisine. Completely transforming the space with the help of design firm Repp + Mclain, Reforma delights with every nuance. Opening up the oversized dark wood front door, attention is immediately drawn to the bar in the front of the restaurant with its floor to ceiling display of possibilities. Aesthetically on par with Flemings and Penca, Reforma is inviting and is sure to make an excellent happy hour choice (or Hora Feliz as it is referred to at Reforma). Everything from the lighting, tile floors, tables, and walnut wood paneling has been carefully selected to create an optimal restaurant experience. A spacious outdoor patio is also available.

Reforma prides itself on a scratch menu. This is immediately apparent upon entering the dining room where, from a dedicated corner spot, tortillas are being made. On a busy Saturday night, two to three people were working constantly. After being seated, a digital menu tablet is presented highlighting Southern Arizona’s largest selection of tequilas and agave distilled products. It’s an interactive menu, separating out the various categories, price points and flavors. You can also choose from one of the carefully crafted cocktails. The Paloma ($8) is a refreshing blend of Maestro Dobel Tequila, Fresca and fresh grapefruit juice. If you’re in the mood for something with a little more kick, try the Jesus Malverde ($12), which combines Del Maguey Viida Mezcal, cucumber, lime juice, jalapeno, cilantro and habanero bitters. Of course, margaritas are also available in the form of the Margarita de la Casa ($8 gls, $40 ptchr).

For starters, the Antojitos (little cravings) menu features a variety of tasty bites to choose from. The Totopos ($6) are big enough for your whole table to share with corn tortilla chips covered with salsa de arbol, crema, cilantro and cotija. The Ceviche Verde ($13) is a vibrant dish with shrimp, bay scallops, a rotating daily fish, salsa verde and avocado. If you’re in the mood for soup, the Tortilla Soup ($5 cup/$7 bowl) is well balanced with roasted chicken consumme, carrots, jalapeños, cilantro and topped with tortilla chips. Reforma’s chef Eddie Dick, who honed his skills at San Francisco’s Nopalito, delivers an all-around enticing menu. The main entrees, or Entradas are a fresh addition to Tucson’s dining scene. The decadent Pato ($22) stands out with Guajillo duck confit, chorizo, plaintains, mole, poblano and cotija. It’s a must try dish and sure to be a Reforma fan favorite. For vegetarians, Reforma features the unique Chile en Nogado ($18). It’s a poblano chili stuffed with vegetarian chorizo and dried fruit, topped with a walnut cream sauce and sprinkled with pomegranates. To end on a sweet note, the Pastel de Elote ($7) is a corn cake soaked in honey infused milk topped with homemade dulce de leche ice cream. The Churros con Champurrado ($7) are made to order, coated in cinnamon and chile arbol, and served with a bowl of Mexican chocolate for dipping. Reforma should be high on your list of places to try. The care and energy invested in creating the restaurant is apparent in everything from the front door to to the tortilla chips. It’s surely poised to become a Tucson classic.

‘Tis the Season of Tamales: 9 Places To Taste a Tucson Christmas Tradition Next post 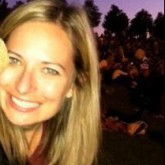 A vision for fresh house-made meals and a little something extra In 1978, Janet Seidler…