You probably don’t need anyone to tell you that the Arizona Wildcats men’s basketball team has an important Sweet 16 matchup game tonight against Xavier. And, you probably need even less of a reminder that if Wisconsin beats North Carolina, it would set up a rematch of last years Elite 8 contest.

But, this is a food site. Come 7:17pm local time, every Wildcat fan and basketball enthusiast will hunker down in front of a TV set with some combination of drinks, food, and friends. While, we could recommend great spots in Tucson to watch the big game, you’ll most likely end up at your standard go-to.

If you’re feeling like trying something different, below are several categories, from restaurants and breweries to cinemas and sports bars, that will help you mix things up.

Pizza & Beer On The Cheap Near Campus Short on cash for rounds of drinks and appetizers? No worries. Two places stand out where fans can watch both the game and wallet. Local favorite, 1702 offers over 40 craft beers, killer pizza, and a number of TVs. A slice of cheese starts at $5.95, while wings are $6.40. One slice is more than enough for two people and the majority of beer is priced between $5 and $7 a pint.

Next up is No Anchovies, located on University Blvd. This place is known for its pizza – slices start at $2.50, but they keep patrons interested with lots of seating on their large outdoor patio and enough TVs to get a great view wherever you’re situated. No Anchovies also carries 18 imported beers, with a local option from Nimbus Brewing Co. And, of course, they’re located right in the thick of things. If you’re downtown, the Rialto Theatre is airing the game live on a giant projection screen. Doors open at 6pm and Double Barrel BBQ will be on site, serving pit smoked Southern favorites. The Rialto will also feature drink specials during the game.

Newcomer Roadhouse Cinema at 4811 E. Grant has already shown both of Arizona’s first two rounds and plans to show the rest of their title run on the big screen. Monday through Friday, Roadhouse’s restaurant, The ‘Stache, offers half-priced beer, wine and apps from 3-6pm and half-priced beer, wine and pizza from 9pm to close. With food and drinks allowed in the theaters and reclining seats to kick back in, Roadhouse Cinema is a prime spot to watch the Wildcats. Viewing the game is free at both venues.

Plus One & Then Some One of the more attractive aspects of sporting events is watching it with friends. Multiple TVs and an abundance of seating are the focus of these spots as people rush to get the best tables. Several restaurants on University Blvd are prime for watching as fans line the streets and interact with one another.

Frog & Firkin is an ideal place for a group due to its open seating, assortment of beers and great food, while TVs cover every corner. With over 50 domestic, micro, and import craft beers from 26 countries, they can satisfy any thirst. And with food like their frog bites and green fries, Frog’s is a game day winner.

Across the street is Gentle Ben’s, which is popular on game days due to large projectors both inside and outside the upper deck. Their upstairs section is a large outdoor space perfect for grabbing drinks and apps while enjoying a cinema-sized view of the game. They also carry 8 beers from Barrio Brewing Co., in addition to a number of stouts, ales, and IPAs.

Dirtbag’s on Speedway is another spot I’ve got to mention. It’s motto is “a part of growing up” and that certainly rings true for many students. The practically on campus bar is known for their indoor decor, game day pitchers, outdoor patio, and finger foods. From the Big Tex burger (BBQ sauce & green chilies) to their fried munchies basket (mushrooms, zucchini, onion rings), this place is great for conversing with fellow Wildcats and supporting your favorite team.

Okay, so maybe it’s a little late to cater tonight’s game. But when we win, you have just enough time for the next one.

Creative Catering handles many occasions from personal events to business dinners, and is perfect for groups both big and small. They have tons of apps, like taco bites and teriyaki roll ups, and a lunch and dinner line up sure to impress. They even have boxed lunches and a picnic/BBQ menu. For rates, call 520-690-0146.

Blue House Catering is another reputable catering company that can adhere to your game day needs. Tasty starters from black bean empanadas to spanakopita triangles, as well as Mediterranean and Southwest platters make Blue House another great option should you host the game. For rates, call 520-791-0835. Tucson has become a hotspot for brewpubs and gathering at these places for sporting events is turning into its own pastime. Barrio Brewing Co., located at 800 E. 16th, doesn’t have the most sprawling menu, but with paninis, hand-pressed burgers, and great Mexican fare, beer is far from their only strong suit. Barrio, which provides brew to various restaurants around Tucson including Gentle Ben’s, offers appetizers and sandwiches to pair with up to 12 beers on tap.

Thunder Canyon Brewery is another brewpub with two locations, one in the Foothills Mall and one Downtown at 220 E. Broadway. Their menu contains game day necessities from mozzarella sticks and nachos to burgers and wings, while their Downtown location features a more diverse beer selection with over 30 beers on tap to choose from. For the quintessential fan, sports bars are like home. Wings, beer, friends, and massive televisions make up any sports bar’s key components. But which are some of the best for Wildcat games?

Skybox Restaurant & Bar offers a great viewing experience in the Foothills. With 12 draft beers and 24 craft and import beers, this place has the variety to satisfy most fans. Their menu of pizza, sandwiches, burgers and seafood, and up to 120″ TV screens make it a fun spot come tip-off.

Throwbacks Sports Bar & Grill at 3620 N. 1st. features an HD screen covering nearly every wall and snacks such as fried pickles and pulled pork sliders. Throwbacks can get hectic on game days, but the food takes sports bar fare to the next level while a variety of craft beer draws in both locals and outsiders.

O’Malleys on Fourth has 24 beers on tap and dishes such as Fried Zucchini and Tempura Relleno. While it’s great location, large TVs and spacious seating make it a popular spot for Cats games, it can get quite crazy.

Wherever you choose to watch the game, it’s sure to be a good one. With a potential Elite 8 showdown on Saturday, these suggestions are a safe bet for the rest of the tourney. Go Cats! 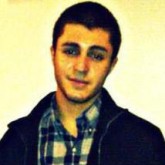 Dario Foroutan was Tucson Foodie's spring 2015 intern, covering general news in and around the University area.