Coffee, juice, and smoothie bar Prest Coffee has moved into a permanent location in the lobby of 5151 East Broadway, Tucson’s largest – and one of its most visible – commercial office buildings.

Originally a cart outside of 5151 during mornings, Prest gained a following for its locally-sourced French-pressed coffee and fresh-squeezed orange juice. 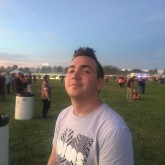 Paul Barlyn is Tucson Foodie's 2017 spring intern. He is currently enrolled at the University of Arizona School of Journalism. His mom makes a mean pesto chicken spaghetti.

During this unprecedented time in modern history facing a novel coronavirus, many people are…

Is takeout & delivery safe? This Serious Eats article breaks it down

It’s the question that’s on many of our minds. With a nationwide shutdown of most…