Dive into the Shrimp Culichi at Mariscos Chihuahua

A saucy dish with quite the kick that you'll want to try.

Customers are transported to a sandy beach, surrounded by palm trees, cliffs, and waterfalls when they step inside Mariscos Chihuahua.

The Preciado family —owners of Mariscos Chihuahua — have intricate murals to transport customers to a serene place.

Adorned on their restaurant walls are the awards and press they’ve gained throughout their 24 years in business — all credited to their famous Shrimp Culichi.

“Customers ask, ‘what’s that green sauce?’ when they see a server pass by with the Culichi,” Cirilo Preciado said. The Shrimp Culichi gained popularity in the ’90s as it was an uncommon, yet tasty, dish in the United States.

The creamy Culichi sauce has a kick — from the blended house spices. You have the option of fish or chicken instead of sautéed shrimp and can expect the dish to be topped with mozzarella cheese, served with salad, rice, and a corn tortilla.

Similarly, their Bucanero is also a customer favorite. The dishes parallels the ingredients found in the Shrimp Culichi but incorporates red chilies instead of green to step up the heat on the Scoville unit scale.

The Nogales, MX-based seafood restaurant expanded to Tucson in 1994, bringing their recipes with them. The Grande location was the first Tucson restaurant opened by the Preciado family. In time, four other independently-owned locations have opened, all serving the Shrimp Culichi.

"On the Menu Live!" to Air "Out-for-now finale" After 10 Years Next post 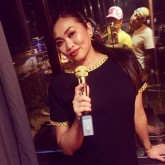