This year, one of Tucson’s most popular drinking destinations is expanding, launching a new label, and adding a series of signature beers.

When temperatures run high, there is a natural human tendency, a reflex somewhere inside every one of us to reach for something cold. And if that something happens to be eminently drinkable too, then all the better.

So maybe it’s no coincidence that Sentinel Peak Brewing Company opened their doors during an exceptionally warm month (with temperatures about eight degrees above normal) five years ago.

Since then, the trio of friends-turned-brewers-turned-business-partners (Jeremy Hilderbrand, Matt Gordon, and Taylor Carter) have managed to create one of Tucson’s most popular drinking destinations and a series of signature beers to match.

“’We knew that we loved beer and we loved brewing,’ said Carter. ‘We wanted to see where it would take us.’”

As is typically the case with micro-breweries, Sentinel Peak was built from the ground up. And while the team poured concrete and installed their brewing system, an ethos developed, too. “What we don’t have in resources, we make up for in resourcefulness.”

With their never-say-die attitude and a small lineup of beers, the team opened their doors at Grant and Swan.

“When we started we were looking to create a culture and atmosphere that was inviting to everybody,” said Carter. In other words, this is not a place for beer snobbery.

True to their word, Sentinel Peak has established itself as a destination where beer-loving moms and dads can feel safe bringing the kids along. The team has worked hard to remove the intimidation factor that can come along with the craft beer scene.

“We’re very family friendly. We have business groups that come in here on a daily basis. It’s just a great atmosphere.”

When asked to define a signature element of Sentinel Peak beers, Carter says they like to keep it simple. “Our beers are very approachable, very drinkable. Our goal was to create a beer that everyone could enjoy. That’s been one of the keys to our success.”

This beer-for-all approach means that the menu has something for every beer drinker. Sentinel Peak’s flagship beer lineup now includes their 1811 Desert Blonde, Dewpoint Dunkel, Heatwave Hefeweizen, and Icebreak IPA.

When they opened, it didn’t take long for the Sentinel Peak team to find out just how thirsty Tucson was. Their Salida Del Sol Amber gained an immediate foothold with locals and has grown into one of the signature beers of the Tucson craft-beer movement.

The guys also saw that their customers wanted more than just beer. The team sprang into action and got to work doubling their space to accommodate a scratch kitchen. Today, they offer a full menu of rowdy beer partners like wings, soft pretzels, BBQ brisket sandwiches, and tacos (this is Tucson, after all).

As demand for their product continued to outpace the amount of beer they could brew, the team needed to find creative solutions to grow. Thus, Voltron was born.

Together with the team from Borderlands Brewing Company, Sentinel Peak combined forces to save the Tucson beer universe like their spaceship robot namesake. The co-op partnership allowed Sentinel Peak to expand brewing capacity by five times their previous rate, keeping pint glasses full across Arizona.

With the Voltron taproom opening in February, Sentinel Peak is poised for even more growth throughout the state.

“Our Salida Del Sol cans are in every Safeway and Albertsons throughout southern Arizona,” said Carter. (You can also find Sentinel Peak beers at Trader Joe’s, Total Wine, and Whole Foods, just FYI.)

Sad News: Our original Sentinel Peak 2 location planned for Chandler has been postponed. .. GLAD NEWS: We are VERY close to finalizing another location in Tucson and should be able to share where it is very, VERY soon! #drinkbeer #brewedbyfirefighters #eatlocal #bbq

2019 is already shaping up to be a big year for Sentinel Peak. In addition to beer collaborations with Borderlands under the Voltron label, the team is adding one or possibly two new locations in Tucson by the end of the year.

To kick it off, the brewery quietly began taking over the Stillhouse Grill and Bar, 9155 E. Tanque Verde Rd.

The next few weeks will be spent assessing Stillhouse’s facilities, menu, and existing customer base to determine how Sentinel Peak will successfully transition. A new menu, featuring both Sentinel Peak and Stillhouse favorites, will debut with the brand relaunch, tentatively dated Saturday, February 16.

When asked about the qualities that make a great beer, Carter sums it up in one word. “Drinkability. A beer you’re going to want to have again.” Kind of like a visit to Sentinel Peak.

21 Spots to Get Your Macaroni & Cheese Fix Previous post

Nuts about Peanut Butter: 13 PB-Flavored Foods to Try in Tucson Next post 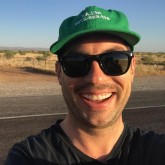 David Miller is a Tucson native and leisure enthusiast.