Familiarize yourself with something the Tucson food scene is no stranger to.

Everyone seems to remember their first elote experience.

Mine was in a suburban part of southern California, where a friend contributed a batch of elote to a potluck. My friend, who’s sitting next to me as I write this, had her first experience in Queens, New York.

Wherever you first try elote, it’s usually a memorable experience. I think it’s the combo of creamy mayo and sweet corn that shouldn’t really work but it somehow does. The Tucson food scene is no stranger to elote. It’s a staple at most raspado spots, and everyone seems to have their own version or favorite. We’ve even found elote dusted with Hot Cheetos in recent years—a trend I wish would stop.

While we’re not against the various elote dishes at raspado shops around town, for this list we’re focused on what is perhaps an elevated take on traditional street corn dishes. We call them elote-inspired dishes, and here’s where to find them around Tucson. This former September Grilled Cheese of the Month made its way onto menu permanently with its gooey blend of pepper Jack and mozzarella with green chili and roasted corn.

Run, don’t walk to wherever The Blacktop Grill truck is parked for the night.

The Blacktop Grill is known for serving epic, quarter-pound hot dogs and their Elotero Dog lives up to the hype. The hot dog is topped with fire-roasted corn, that’s been tossed in a house-made chipotle lime sauce, queso cotija, and a garlic sriracha spice.

The truck is usually parked outside a local brewery or beer tasting room, so be sure to pair with a local brew of your choice. This slice of heaven is my personal favorite elote-inspired dish on this list.

Empire’s Elote Pizza has a cult-like following around town, has been listed in a few Tucson Foodie articles, and was the featured dish of one of our very first videos. The Elote Pizza was originally intended to be a monthly special at Empire, but due to an overwhelming response from the community, it was added to the permanent menu.

If you haven’t tried it, head to Empire Pizza and place an order. The pizza is topped with mozzarella, roasted corn, cotija cheese, Tajin, cilantro, and chipotle mayo. The Ermanos take on Elote is an off-the-cob dip of sorts made with fire-roasted corn, cotija, lime, Sriracha mayo, house guajillo hot sauce, and green onion served with Alejandro’s tortillas chips. The stellar combination works well and has a nice kick of heat from the house-made hot sauce.

The portion size is massive, so you can easily share it. However, if you really want to knock it out of the park, add chicken.

Another share-able appetizer of elote-inspired goodness, the Elote Street Dip at Nook.

The masterpiece is served warm, with melty creamy cheese, and a decent level of spice from jalapeños—make sure you’ve got a beverage within reach. When The Parish updated their menu last year, I was thrilled to welcome the Southern Style Sour Street Corn. Tucson Foodie writer and photographer Jenalyn Lazana had this to say about the hotcakes:

“These pancakes are divine, topped with the familiar flavors of berries and cream and surprising pops of dried corn. Made with pureed corn, the cakes are an explosion of Tucson sunshine. We’re going to be thinking about them for a while.” Tucson Foodie’s lead writer and photographer Jackie Tran has this to say about the fry bread:

“The Elote Fry Bread is sure to be an instant hit with its combination of corn, chipotle crema, cilantro lime aioli, queso asadero, queso fresco, cilantro, and spicy greens … The fry bread itself is lighter than what you’d find at the street fair, but it still holds up well to the toppings.”

Street Corn (off the cob) at Toro Loco There are really three versions of elote on the menu at Toro Loco.

The most straightforward being an a la carte side of perfectly sweet and tangy corn “salad,” which is (in my humble opinion) a must-order add-on to whatever else you’re ordering. It’s super light and the flavor of the corn is highlighted in a straightforward and delicious way.

If you really want to go big, go for the Burro because they also add french fries. Yep, you read that right.

Do you have a favorite elote-inspired item in town? Let us know in the comments. 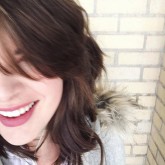 Melissa hails from Brooklyn where she worked for a whole animal craft butchery company. She is now a professional Instagrammer in Tucson and believes everything is better in taco form. Follow her Instagram adventures on @mstihl. That’s not thunder you hear. Monsoon season is over. That rumble in the distance…

Foodie 15: Guide to sweet spots for doughnuts (or donuts, whatever)

The first Friday of every June is National Doughnut Day, but you don’t need… Foodie 15: Where to grab a glass of wine in Tucson

All throughout southern Arizona, there’s an incredible selection of wineries and tasting rooms, much…