Lomo Saltado: A medley of Peru’s greatest hits & where to find it in Tucson

As prototypical to a Peruvian menu as an order of french fries is to a burger joint, Lomo Saltado is one of Peru’s most globally recognized dishes, second only to ceviche.

With the literal translation of “jumping beef,” the dish uses elements unexpected in traditional Peruvian cooking. Sadly, the “jumping” portion of the title does not come from a necessity to jump up and down while cooking Lomo Saltado. Nor does it contain meat from a rare strand of bouncing cattle. Saltado instead refers to the stir-frying method used by Cantonese cooks responsible for its conception. Secondly, Lomo, or beef, is rarely seen as the protein of choice in Peruvian entrees. Spaniards introduced it to their newly conquered land in 1538 and at first, was only affordable to the wealthy.

Given these factors, how did this Chinese-inspired, beef-centered delicacy launch itself into the mainstream and become the poster child of Peruvian cuisine?

A Fusion of Cultures

The South American country’s location along the Pacific Ocean, Spanish colonization, and wide-ranging geographic features make Peru an epicenter for cultural fusion and has the benefit of influence from nearly every continent. Often overlooked by Americans in terms of cuisine, Peru has rapidly gained recognition as a culinary powerhouse by the rest of the world.

And they have the awards to prove it.

Peru’s merits range from “World’s Best Culinary Destination” to “World’s Best Cultural Destination,” making it attractive to foodie tourists and travelers of every kind. Its capital city of Lima has also been named the “Gastronomical Capital of Latin America.” Rightfully so as home to some of the world’s highest ranked restaurants.

As the nation’s list of accolades continues to grow, so does the demand for its signature dishes. While Ceviche is representative of Peru’s biodiversity, Lomo Saltado is comparatively representative of the diversity of its people.

A symphony of flavors synchronized in perfect unison, the Lomo Saltado is not only a plate of tasty food but an embodiment of the cultural union that makes Peru, Peru.

The mid to late 1800s saw a boom in trade through the Pacific Ocean and Peru became a player in the game. A necessity for laborers brought about the Chinese diaspora in the country, answering why nearly 5% of today’s population can trace their ancestry back to at least one Chinese relative.

A hybrid Chino-Peruvian culture, referred to as criollo, formed as the flood of immigrants adjusted to their new homes in a new country. Out of criollo, a new cuisine was born. Borrowing the Mandarin term chi fan or “to eat food,” chifa uses Chinese cooking elements with ingredients indigenous to Peru.

Culinary genealogists, and the curious, can find the earliest Saltado recipe in a cookbook published in 1903. Inside is a version of the dish with meat, rice, and potatoes, but no onions and tomatoes. Cantonese chefs later added the vegetables, putting the final touch to the modern Lomo Saltado.

Going back a few centuries to the 1500s, the Spaniards were on their conquistador tour of the Americas and had just made it to Peru. With them, they brought Catholicism, the Spanish language, and cows.

The high cost of the newly introduced meat made it difficult for the plebeian class to access, resulting in only a few beef-based dishes in Peruvian cuisine. Over the years, its scarcity decreased along with its price.

By the time chifas (Chinese restaurants) began to conquer the food scene in the early 1900s, steak was much more affordable and incorporated into their menus. Though no specific cut is unanimously agreed to be the best or quick-cooking cuts of beef like tenderloin and skirt steak are often used.

Vital in making a good stir fry is using a high enough temperature so that the protein of choice is seared, not stewed.

No one likes chewy steak, and what kind of Lomo Saltado would it be if the lomo didn’t saltado? No plate of Lomo Saltado is complete without the Incan contribution of yellow potatoes.

The love affair between potatoes and Peru began nearly 8,000 years ago with the domestication of potatoes by cultures that predate the Incan civilization. Abundant and filling to the stomach, the tuber was deemed essential, paving the way for early food preservation, storage methods, and medicine.

Prepared in French fry form, the quality of the starchy and quintessentially Peruvian ingredient has the power to determine a Lomo Saltado’s overall quality.

There are different ways to serve the potatoes. One could toss them in the wok and coat the fries in juices leftover from the marinade, or they could be left crisp and placed next to the meat mixture.

Whichever way you choose, make sure it’s a well-fried fry. As much as people hate a chewy steak, the only thing they may hate more is a limp potato. Where to Find it in Tucson

Culturally different from the other, geographically a distance of 3,000 miles apart, Peru and Tucson arguably have little in common. Where the two do intersect is in their gastronomic efforts.

Tucson was named the United States’ first City of Gastronomy in 2015, a credit to its agricultural history and the creativity of its chefs. The city’s food scene is rapidly garnering the attention of the worldwide culinary community.

With a reputation for being serious about its food, it’s no wonder our restaurant landscape is rapidly growing to be more diverse.

Keep saving up for that airplane ticket, but in the meantime, check out these two local spots transporting Tucsonans to Peru with their take on this national staple.

Villa Peru rang in its fifth year of business on Friday, August 12 with live jazz music and a ceviche festival. Fighting the urge to go for the ceviche, I ordered the entrée listed at the top of the menu. You guessed it — Lomo Saltado.

Partitioned cleanly into three distinct parts, the tenderloin stir-fry, fries, and pyramid-shaped rice were plated so that no single component could outshine the others.

My first spoonful went to the stir fry.

The beef was cut in shorter strips, slightly longer than a cube, and sat in a dark brown soy sauce pool. Tossed in were thick slivers of red onion and tomatoes. Plenty enough that you couldn’t miss them, but not so much that they outshined the meat. Having had far too many experiences with tough tenderloin, I braced myself and took a bite. Warmth almost instantly enveloped me. There’s a reason Lomo Saltado is considered the nation’s comfort food, and I was experiencing it firsthand.

The savoriness of the soy sauce heightened the flavors of the meat, making it taste, well, meatier. It also contributed to the tenderness of the beef, making chewing pleasant rather than a chore.

Slightly wilted but sturdy enough to provide a textural experience, the red onions and tomatoes in the stir fry would make any chifa chef proud.

To gain access to Peru in your own backyard, simply step into Villa Peru.

A diner will notice the differences between Villa Peru and Inca’s Peruvian Cuisine the instant they’re handed a menu. The former simplistically lists its items with brief descriptions below each title. Inca’s, on the other hand, gives their guests a multi-page book filled with vibrant images of Peruvian food, landmarks, and its colorful owner, Fatima Campos.

Guy Fieri even makes an appearance.

Campos fell in love with Peru and her husband during a trip to South America. In marrying him, she acquired not only a husband but also a mentor in her mother-in-law.

A firm believer in “a man’s heart is through his stomach,” she learned how to cook her in-law’s dishes and fell in love again — this time with Peruvian cuisine. Throughout her menu, one will find elements pulled from family recipes in different dishes. One of these is in the Lomo Saltado. Beef stir fry? Check. French fries? Right there under the beef. Rice? Double check. Beans? Yes, it’s…wait, did you say beans?

Though unexpected, the bean adds a layer of richness to the dish that complements the already flavorful dish. Generously portioned, a lover of legumes won’t be disappointed upon seeing the helping they receive with a Lomo Saltado order from Incas.

Don’t forget to wash down your meal with a Pisco Sour. I hear it’s a Fatima favorite.

A Medley of Peru’s Greatest Hits

Peru’s road to gastronomic royalty was paved in front of them even before the Incans roamed the Andes Mountains. With customs from several continents as a vehicle and a colorful array of food-passionate people as its driver, the rest of the world was bound to notice the remarkable delicacies of Peru.

While ceviche is commonly known as the premier Peruvian dish, Lomo Saltado follows closely behind as the nation’s comfort food and a tangible model of the ethnic mix seen in the country today.

One could even say it’s jumping to the top.

By pulling ingredients from the Incans and Spanish, then bringing them to a crescendo with Chinese cooking techniques, the Lomo Saltado is a celebration of thousands of years of history — all on a single plate.

Propelled by Pastries: Kianna Kilgore's journey as a pastry chef Next post 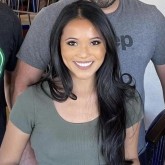