The votes are in and the chefs are fired up! This Saturday June 28th Executive Chefs Michael Bujold of Desert Diamond Casino and John Hohn of Bob’s Steak & Chop House will go head-to-head in the 2014 Stella Artois Iron Chef Tucson competition.

As part of the Annual Culinary Experience hosted at La Paloma Westin, Iron Chef Tucson promises to be just as tense as its namesake television show, presented on a stage with commentators and a surprise ingredient to kick off the night. A guest panel of judges will sample the end results and score based on flavor, presentation, creativity, and use of the special ingredient.

Chef Ryan Clark of Agustin Kitchen will be emceeing the event this year after a three year reign as Tucson’s winning Iron Chef. His advice for the contestants?

“Don’t think about it too much. Try not to have a game plan and let the food speak for itself.”

The battle begins at 6pm and tickets run $30 or for $75 with access to the VIP reception held prior to the show. If you want to stay through the weekend, La Paloma is offering an Iron Chef Package for $99 per night, including two complimentary tickets to the Culinary Experience which includes cooking demos, kitchen gadget displays, and booths from restaurants and chefs that entered the Iron Chef competition. 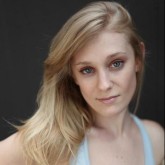