The Good Egg on Grant Road is slated to convert next week into First Watch – The Daytime Café, and is the first of the franchise’s five Tucson-area locations to do so.

First Watch spokesman Eleni Kouvatsos said The Good Egg at 4775 East Grant Road will close its doors for the last time on Tuesday January 12, and re-open as First Watch café Thursday, January 14. The Thunderbird location in Phoenix will be also be converting to First Watch on the same day.

“We’ve never converted a restaurant before, so we’ll learn from these restaurants,” Kouvatsos said. “We’re going to convert the (remaining Good Egg locations) by the end of the year.”

The exact timeline for converting the 18 remaining restaurants is unknown, Kouvatsos added.

Assistant Manager Melissa Garcia at The Good Egg on Grant Avenue said she’s excited for the changeover, and the customers should be excited too.

“This is definitely a great change with a lot of healthy options,” Garcia said. “We’re adding a lot of menu. There’s a salmon benedict that we tried that was really good. A smoked salmon and roasted vegetable frittata was great, too.” “We’ll replace the menu but you’ll see a lot of overlap,” said Kouvatsos. “The Good Egg has a lot of First Watch items on its menu.”

According to the First Watch website, the daytime café opened its first location in 1983, in Pacific Grove, California. Since then First Watch has opened 270 restaurants in 26 states. First Watch specializes in “award-winning, made-to-order breakfast, brunch and lunch.” First Watch is a recipient of more than 200 “Best Breakfast” and “Best Brunch” accolades. The company purchased The Good Egg franchise in 2014, the Phoenix Business Journal reported. 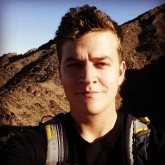