Exquisite plates and bites to come.

The Tucson Foodie team is thrilled about our up-and-coming annual event, The Art of Plating 2020. The evening promises fast-paced competition packed with fun and flavor (and beautifully presented food).

The competitors, many of the best chefs on Tucson’s burgeoning culinary scene, have come together to stretch themselves, being the creative artists that they are. They will compete to see who comes out at the top in food presentation that night. Although the chefs will appear intense and focused, we’re expecting lots of laughs and entertainment the whole night through.

Supporting an important cause

The event will donate a portion of the proceeds to a local organization imperative to Tucson’s well being—the Community Food Bank of Southern Arizona.

The local organization supports our community in many ways beyond the important mission of feeding the hungry; the Community Food Bank supports local farmers, schools, and food-centric careers. One of their uplifting programs, Caridad Community Kitchen, trains people for culinary careers as cooks and servers. Many wonderful staff members, at restaurants our chefs represent, have completed the comprehensive Caridad Community Kitchen training program.

Erika recently opened the Coronet’s delightful sister restaurant Fonda La Hermanita. One could sing epic odes to her chicken soup. Erika has been in Tucson’s culinary business for years, but did you know that she danced Mexican Folklorico and Spanish flamenco with Leticia Durazo Studio from age 3 to 14, then moved on to study modern dance at Rincon High School from ages 14 to 18? Now you do. Once an artist, always an artist. Moody has worked just about every position in the kitchen—from dishwasher all the way to executive chef. And again we find out that this culinary artist had a previous artistic life; he spent much of his youth as a musician traveling across the country. Wendy is the reigning Iron Chef Tucson 2019, woot woot! She also recently opened the doors of brick-and-mortar restaurant Chef Chic on Tucson’s east side. It’s no wonder that a friend of Wendy’s calls her “The Ruiner,” because once she tries something Wendy cooks for her, she feels all other preparations of the dish are ruined in comparison. Roderick grew up cooking with his mom and watching PBS cooking icons like Julia Child. The first thing he remembers baking himself was a batch of chocolate chip cookies. He decided to pursue a culinary career after watching Disney’s Pixar film Ratatouille. John loves eating a “family meal” with his restaurant staff. He truly believes in the strong connections we make through food and its importance in creating stronger bonds with his team. This third-generation Tucsonan is no stranger to competition—he turned 13 on the set of Family Feud. While slaying in Tucson with her delicious and inventive tacos (among other delightful eats), Maria steers clear from shellfish, due to an allergy, hates (with a burning passion) mayonnaise, and she eats her fries with mustard.

If she had to pick a final dessert to enjoy, while still breathing on planet Earth, it would be a raspado. I mean, the mouth wants what it wants. After expanding his culinary expertise, bringing plate after plate of inventive deliciousness (if you’ve eaten what he’s prepared, you’ll know) to all his guests, it turns out that all Kyle wants to feed his face with is a huge bowl of ramen and a Mexican doughnut. Raspberry muffins are the first thing Gina remembers making with her Mom. The berries were picked straight off of the bushes in their garden. She also remembers a failed attempt at boiling eggs when she was nine. I guess, in future attempts, she learned to boil eggs with water. 😉 She can’t wait to have her artistic dreams of bringing decadent, delicious desserts to Tucson realized. The first dish David recalls making was pickled pig trotters with his grandmother. Originally a Fine Arts major, he found his culinary passion ignited while working at his uncle’s local restaurant. He working in kitchens all over the United States and in Guadalajara, improving and refining his skills. Ask him about his love for doughnuts. It knows no bounds. Dominique crushed the Tucson food scene in 2019, winning the final battle at culinary competition, Knife Fight. Known for her delicious sweet treats and catering (along with an ever-present smile), Dominique is a hardcore midnight snacker—usually vanilla bean ice cream with chocolate sauce, but whatever ice cream she has in the freezer will do. Matt loves life. When he isn’t cooking, he’s listening to a vinyl from his collection or spending time with his wife, Nikki, and their three-year-old son, adorable Henry. To find out more about the 2020 event, check out this article. If you want a recap of the first event, view the video footage, competing plates, and photobooth fun here. 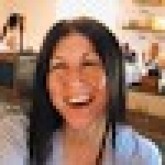 Jenn, who grew up with too many brothers, talks with her mouth full during the movie.

The Still, one of Tucson’s best-kept secrets, has a new cocktail menu

Time and time again, restaurants can outgrow their current spot and situation and then… In the days leading up to Valentine’s Day, co-owner, and executive chef Tyler Fenton…

Current Month
How to Make a Valentine Charcuterie Board & Champagne Cocktail OUTDOOR MOVIE NIGHT at The Clifton Grab some friends, grab some blankets and roll through every other Wednesday! Enjoy delicious food, craft cocktails and a movie

Grab some friends, grab some blankets and roll through every other Wednesday! Enjoy delicious food, craft cocktails and a movie on the patio at The Downtown Clifton.
Hosted by Weird Wolf, a self-proclaimed “wild animal that loves movies”. The night’s film will be announced and introduced right before showtime.
Cost: Free.