Your Guide to Tucson Breweries that are Hoppin’

There should be something for everyone on this list

What started as only a handful of breweries around town has blossomed into nearly 20. Many of these have opened within the last few years. It has reached the point where you’ll have at least one brewery nearby no matter which side of town you end up in. Ideally, though, you’ll want to visit their main location and sit outside, which provides an optimum view of a Tucson sunset or a train rolling by on the nearby tracks. The balanced beers match their styles with no over-aggressive characteristics while maintaining no shortage of flavor. It’s close, though, kind of. Situated near Ina and I-10, Catalina Brewing features a unique lineup of beer that’s worth the trip. Crooked Tooth set up shop in an old auto repair shop and features a super-sweet build-out. The handcrafted furniture and lights create a unique environment along with the spacious patio perfect for cool nights. The brewery features bolder beers such as the Serrano Deduction, occasionally featured in a michelada. The taproom on Oracle features a Nintendo 64 for Mario Kart battles, and the spot down on Fourth Avenue has views that are easy to get lost in. If your beer-drinking motto tends to be, “the hoppier, the better,” then Dragoon is where you want to be. Operating as a small-batch nanobrewery, Iron John’s rotates their beers out on a weekly basis, so it’s best to stock up and buy a bottle or two (or three) when visiting their cozy tasting room. Next up for the brewery is a collaboration with Monkey Burger, which is transforming into a taproom/pizza joint/burger spot. If you’re hungry, Substance Diner is currently setting up shop in the front parking lot. Though Pueblo Vida is beloved for their award-winning Northwest IPA or their delectable Bavarian Hefeweizen, one main draw of becoming a regular is their weekly infusions. These beers are where Pueblo Vida runs wild, imparting all sorts of flavor combinations into their already tasty offerings. About 10 minutes west from the Biosphere 2 in Oracle, find the nearest craft brewery in a retirement community. Once you reach the gate at SaddleBrooke Ranch, just let them know you’re headed to the brewery. FireTruck Brewing prides itself on being Tucson’s midtown beer pub.

FireTruck typically keeps at least nine of their own beers on tap, retaining four “flagship” beers on a constant basis to satisfy those looking for a traditional IPA, Dunkel, Blonde, or Amber selection. Thunder Canyon has been serving Tucson its craft beer since 1997. Now focusing on only a downtown location, they’re regularly hosting live music and good times. 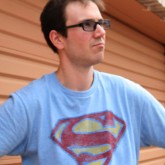